Join us on May 12 to celebrate International Nurses Day. A day we give much deserved attention and credit to the nurses around the world.

International Nurses Day falls on May 12 every year to commemorate the the birth of Florence Nightingale in 1820. Nightingale is considered the founder and philosophical leader of modern nursing. This day was officially set aside in 1974 by the International Council of Nurses (ICN).

With great determination, Florence Nightingale taught that with with knowledge and skill she and others like her could vastly improve the public health. She put her ideas to the test when in the Crimean War broke out in 1854. Nightingale helped introduce the idea of female nurses in to military hospitals. She lead a group of courageous women who helped improve the conditions of the wounded British servicemen and dramatically reduced the mortality rate among the wounded from around 40% to 2%.

Returning home to England as a true national heroine, Nightingale spent the next few years writing about her philosophy. Notes on Hospital and Notes on Nursing were both published in 1859 and detailed her thoughts on reforming health care using her experiences in the Crimean War as the basis of her thoughts.

In 1860, Nightingale founded the Nightingale School and Home for Nurses at the St. Thomas’s Hospital in London. The principles of the school was to educate and produce nurses who could help train others while improving public health. The following year, Nightingale founded a training school for midwives in King’s College Hospital. To this day, Nightingale’s influence continues. Her voice, vision and values have not only defined the basic nursing practices that are still crucial today.

Her advocacy for health care is not forgotten today as her vision changed the way society saw nursing. It was nightingale who pushed the idea that nurses were an incredible contribution to make health care safer. The idea that personalized care and responding to the patient’s needs were a main part of the recovery process. Nightingale believe that it was equally important to look after a patient’s mental and physical health rather than just the sickness.

Today, we celebrate not only the foresight of Florence Nightingale but all nurses from every corner of the world. Our world is a much better place because of nurses and this should never be forgotten. 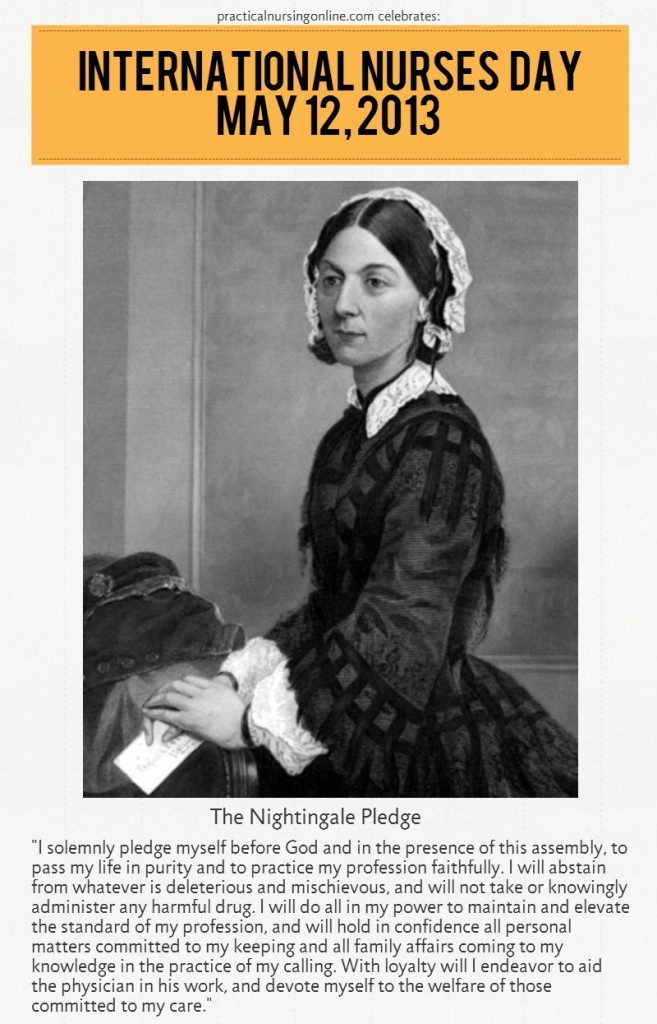